Ariana Grande and Justin Bieber premiered a new collaborated single titled “Stuck With You.” It’s a quarantine-theme love song about spending all your time with the ones you care about the most.

“Stuck With You” was created to benefit First Responders Children’s Foundation to “fund grants and scholarships for children of healthcare workers, emergency medical technicians, paramedics, police officers and firefighters serving at the frontlines during the COVID-19 pandemic.” Grande and Bieber are both managed by Scooter Braun who launched an initiative with SB Projects to release multiple singles this year for charity.

Last week, Bieber put out an open call for fans to submit homemade footage for the creation of the video. According to Rolling Stone, he said, “[this is] the prom song for everyone who can’t go to prom now.” He asked fans to tweet him videos of what they would’ve worn to prom and them dancing to an instrumental portion of the melody.

In the video, fan clips, celebrity submissions, and self recorded videos from Bieber and Grande make up a collage for the song. High school seniors danced in their prom dresses, families did Tik Tok routines in the kitchen, and graduating seniors wore their cap and gown and turned their tassels. A few celebrities joined in the fun too, including Chance the Rapper, Stephen Curry, and Kendall Jenner.

One special guest appeared at the very end following the 3:30 mark. According to E News, Dalton Gomez, Grande’s rumored real estate boyfriend, showed his face and confirmed their relationship.

Watch “Stuck With You” below and support first-responders in the COVID-19 pandemic. 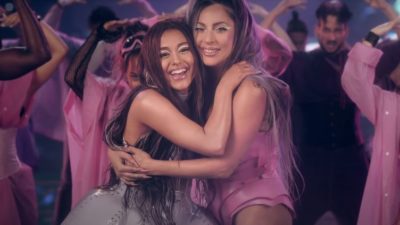 Talk about an iconic duo. Lady Gaga and Ariana Grande released a new song together, and it’s pretty epic. The new song will be 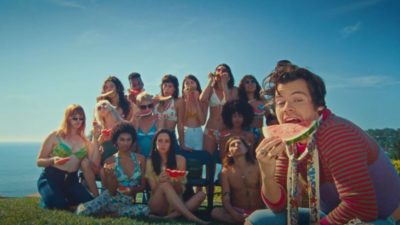 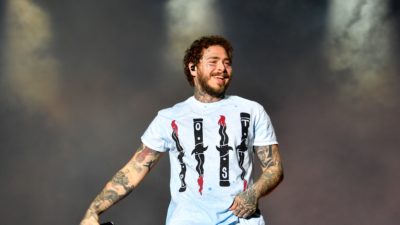 Post Malone’s lifestyle brand, Shaboink, is up and running, but this time, the artist is distributing products to help frontline workers and encourage cleanliness. 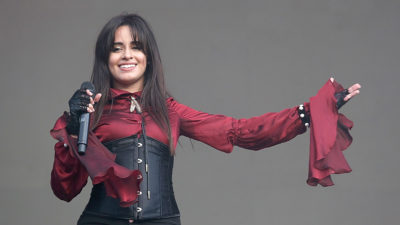 You Could Be in Camila Cabello’s Next Music Video

Camila Cabello is inviting one lucky fan to join her at her next video shoot once quarantine is over! The pop star is partaking